Of Priests & Pedophiles: Confessions of a Big Nasty

The truth is not always pretty and Whoppi Goldberg never is. Since this subject matter is nothing short of horrific I won’t attempt to interject any further humor. Alternatively, I think it makes sense to appeal to what makes sense in the midst of revealed tragedy, to speak candidly in terms about what people are saying and about where we are going as Christian faith. Once again it has been dealt, albeit at the hands of some of it’s leaders, another massive blow.

It seems the Vatican could be on to something these days. Have you ever seen Pope Francis cruising around in his popemobile? He tends to have a more modern, in touch, approach to people and to faith. My hope, not just for Catholics, but for all Christians is that this Pope will work to remove the restrictions against cleric marriage. We Christians live in a world of out of touch people who often associate our faith with the acts and works of the Catholic Church. This is the reason I have written this blog.

I won’t pretend to understand the traditions of Catholicism and I won’t act as if its billions of followers are not some of the finest people around. I will, however, speak as a citizen, a parent, a Christian and a moderately conservative thinker who can identify when an outdated practiced eliciting untold heartbreak and pain needs to go.

If you’re at all surprised by last week’s revelation regarding the 300 Pennsylvania Catholic priests who allegedly molested and sexually abused 1000+ children since 1940, then you’re clearly living in the dark ages. Let’s consider a few facts: all the accused are men. Men are full of testosterone. Testosterone makes men seek sex that eventually leads to procreation.

The centuries old, archaic prescription of cleric celibacy creates a lifetime environment of lonely men stewing with their God created and endowed hormones with no acceptable means of expression.

A word about stereotypes: they are not fair. For all the God honoring and pure of heart Catholic priests who have lived beautiful and worshipful lives not ever harming a soul this news tears the fabric of everything you believe. It proves evils exists and that the human condition truly is depraved. The light at the end of the tunnel, whether acknowledged or not, is God’s providence will prevail.

Why did an institutional church ever create a convention forcing it’s clergy to deny their God crafted instincts? In the very simplest terms we are created to live our lives as sexual beings. It is completely natural for males and females alike to seek companionship and relations. Sexual expression is intended to be a loving and God honoring thing. It was when the church stepped in and deemed relations keeping people from being able to serve God purely (their philosophy, not mine) I believe the groundwork was set for things to go awry.

When the Pope finally spoke on Monday, August 20th he profusely apologized on behalf of his faith saying “we abandoned the little ones….this pain never goes away.” The people had been waiting for days to hear this type of acknowledgement. However, words can only do so much. People want action. Catholics, other faithful and activists alike are calling for a zero tolerance policy; i.e., one credible accusation of abuse and you’re out of the ministry. You cannot change what has passed, and I’m rather certain zero tolerance policies are not strong enough to temper the strong hormone driven natural relations human beings seek. Initially well meaning pious men devote themselves to a life of ministry. The Church, not God denies them their humanity….and the stage has been set, at least, for their sexual fall from grace occurs.

“The (Catholic) Church was a thousand years old before it definitively took a stand in favor of celibacy in the twelfth century at the Second Lateran Council held in 1139, when a rule was approved forbidding priests to marry. In 1563, the Council of Trent reaffirmed the tradition of celibacy.” (See link below for reference)

If we are, in fact, created in the image of God; and, if we are told in the Book of Genesis God said to man “be fruitful and multiply,” then who ever thought it a good idea to deny a person his (or her) to pursue morally and socially acceptable means of sexual expression?

For ten years I worked with and mentored sixth grade youth at my home United Methodist congregation in Charlotte, NC. As part of their early Christian heritage education each year we’d visit local Jewish houses of worship. The rabbis and cantors obliged us by answering our questions about the differences between their faith and others. Frequently the question arose about whether Jewish clergy were permitted to marry. Honestly, why would a Protestant Christian sixth grader know this? The answer from one particular rather jovial, candid, and matter of fact rabbi was always the same. “Yes, he replied. In fact it is encouraged. God created us to be partnered, sexual beings. To deny that fact is to deny God’s work. We believe marriage keeps us out of trouble with our congregants…especially the young ones. No doubt, you’ve heard about other faiths for years in the news. We encourage loving, monogamous relationships.”

Earlier this year I stood on the shores of Caesarea Maritima on the Mediterranean Sea’s shore. We overlooked the ruins of King Herod the Great’s palace. It was here the Apostle Paul was tried by Herod (Agrippa) before being sent to Rome. It was also here we believers, in the tradition of Paul, and the early disciples were first called “Christians.” Paul’s Biblical confession was he wrestled with a thorn in his side. Although history doesn’t disclose what his thorn was we know he promoted celibacy believing end times were near. Priests have faced the same reality…and not to make a light of it, but generations of altar boys and other children have suffered. 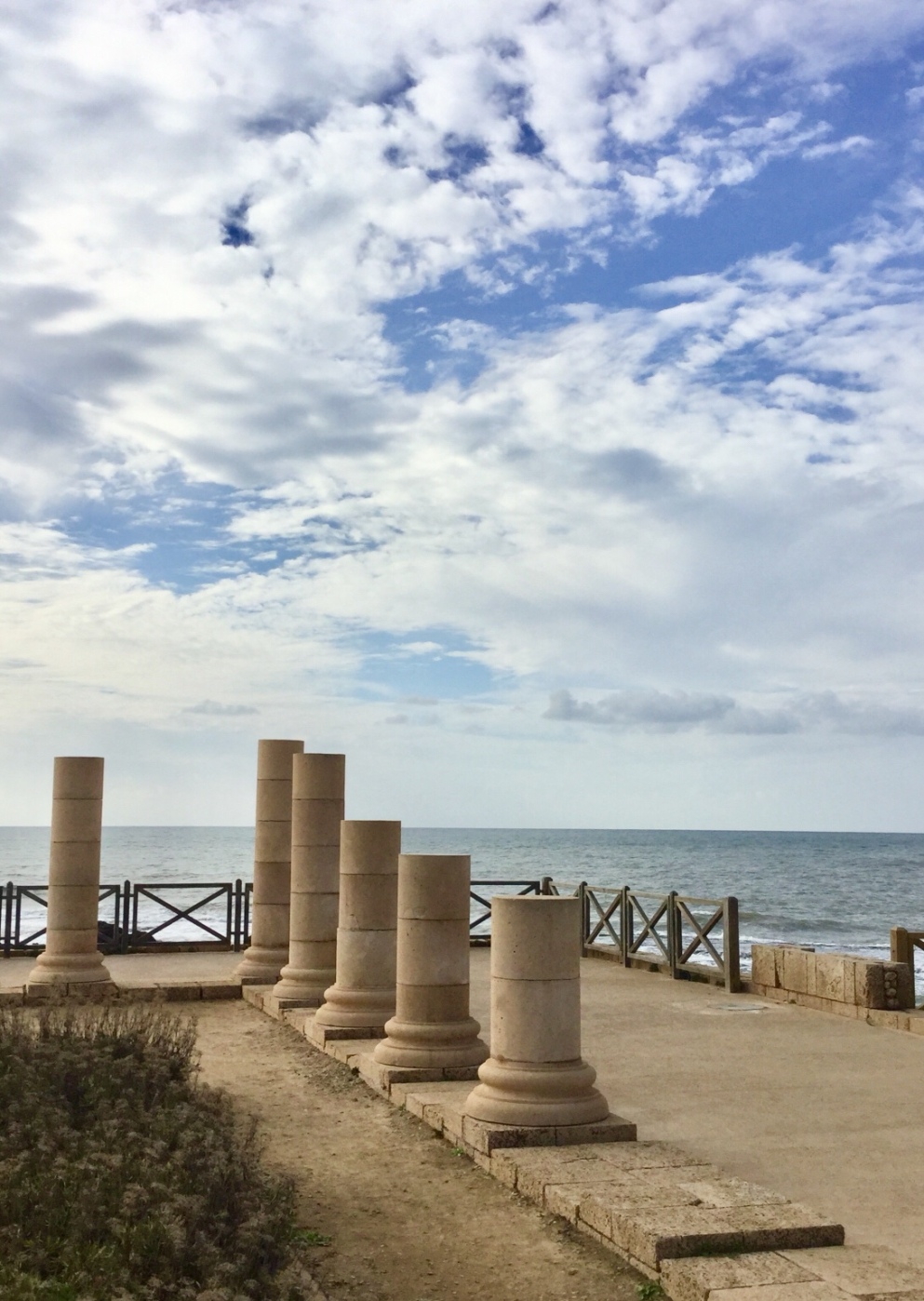 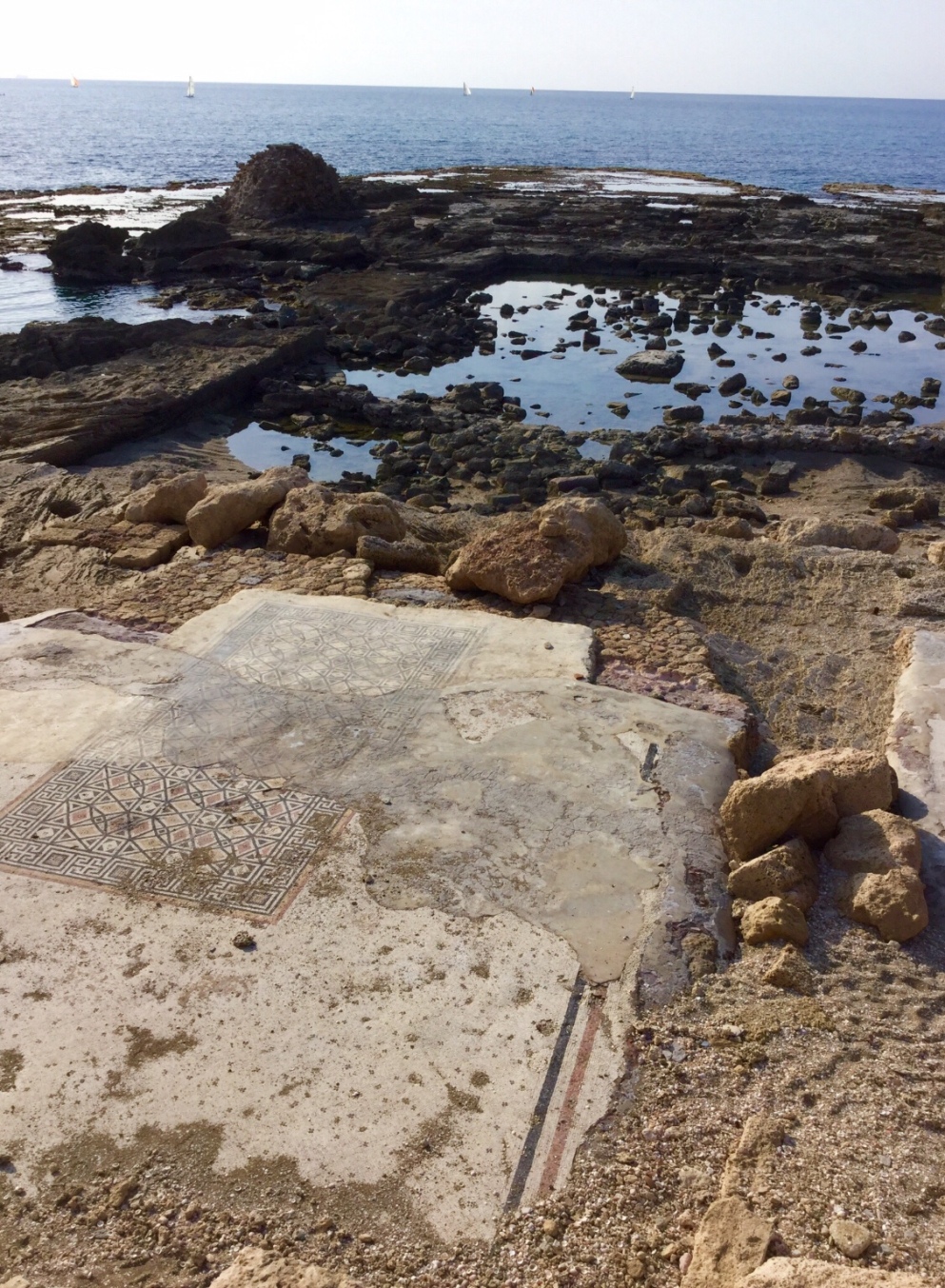 There is a choice: Christians can view the decades long, if not centuries long abuse, of children as an evil by product part of their institutional church structure OR they can turn their backs on faith.

Did you really take in the first choice? “Part of” this abuse by these priests, these atrocities does not define the totality of either life or faith. The suffering these children endured was momentary. And although the pain and repercussions will stay with them for a lifetime as God followers and believers with finite minds we don’t know everything. We certainly at this point do not know how this story will end. That’s where faith enters. From a faith perspective God will honor those scares, God will justly reward, restore and strengthen these victims in immeasurable terms.

While the media and legal experts suggest statutes of limitations be removed and while it’s easy to suggest souls have been murdered (and by no means am I defending anyone), I have to believe that God’s providence; His love; His grace; and His rest; and His final judgment will prevail.

One thought on “Of Priests & Pedophiles: Confessions of a Big Nasty”